Ready for the "Re-Start"

FCS: 1st and 2nd Teams both win their last test before "Re-Start" 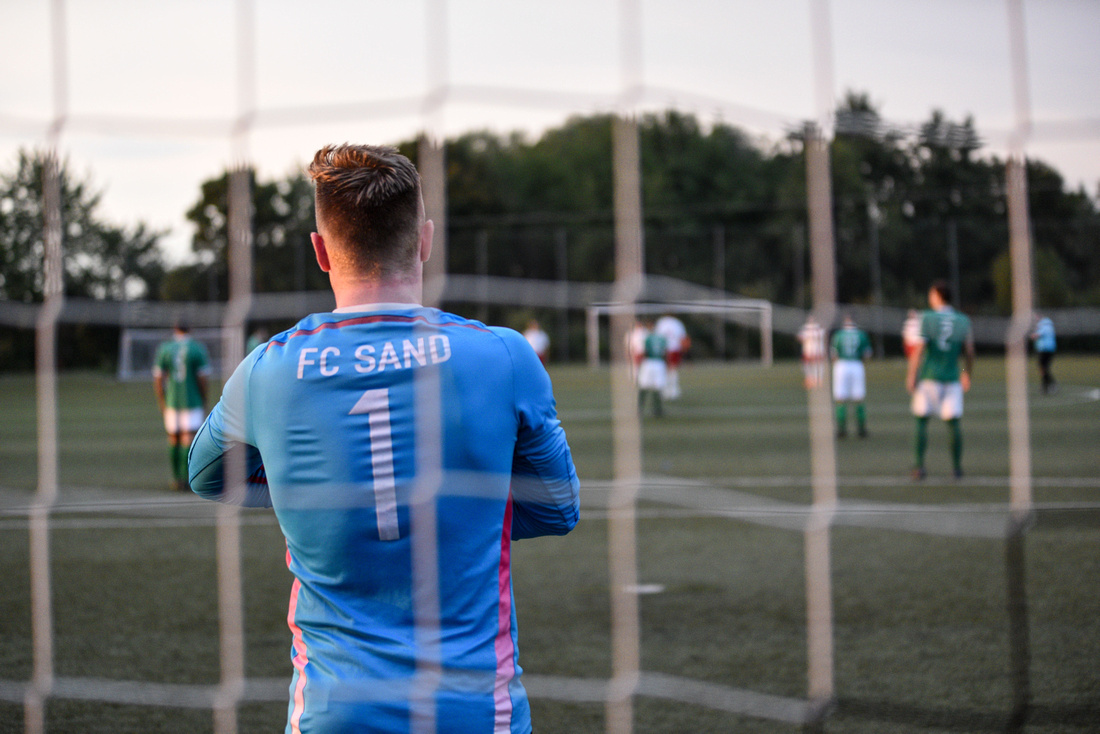 Image: Fabian Zehe (FC Sand II, #1) prior to the start of the test match against SC Trossenfurt/ Tretzendorf.

FC Sand II clearly showed their dominance from the start of the game in their test against SC Trossenfurt/ Tretzendorf, with a barrage of shots on goal. Unfortunately, most of those shots in the first half were aimlessly off target; there is a clear area that Trainer Christian Michl will have to focus on during the next coming weeks when league games are starting back up.

A big positive that shines through is the use of the players that have come out of the "Korbmacher" youth. This not only ensures the number of players for a roster will be filled, but the player chemistry is already there since they have been playing together during the previous seasons. All four goals in this game from FC Sand were scored by youth players that have moved into the adult league this year. The match ended 4:1 for Sand, with the only goal against coming from a perfectly placed free kick from just outside the top of the box.

FC Sand II is lacking the points to relax during their remaining games and will be in a mad scramble to secure as many points as possible to try and avoid relegation. The Sander are not yet mathematically knocked out of the Bezirksliga, but the probability is high that the two Hausberge teams promoted, Sand and Steinbach, will be in the Kreisliga next year.

📷:: For Images from the game click the link below: 👇
FC Sand II vs SC Trossenfurt/ Tretzendorf (TS)

The weekend Matches for the FC Sand are as follows:

Due to Corona Restrictions, the BFV is only allowing 200 Visitors to attend the game, so if you really want to see the game live, be out in front of the SeeStadion early with "A Pen and Ausweiss/ ID" for the guest registration. Registration forms will be destroyed 4 weeks after the matchday.