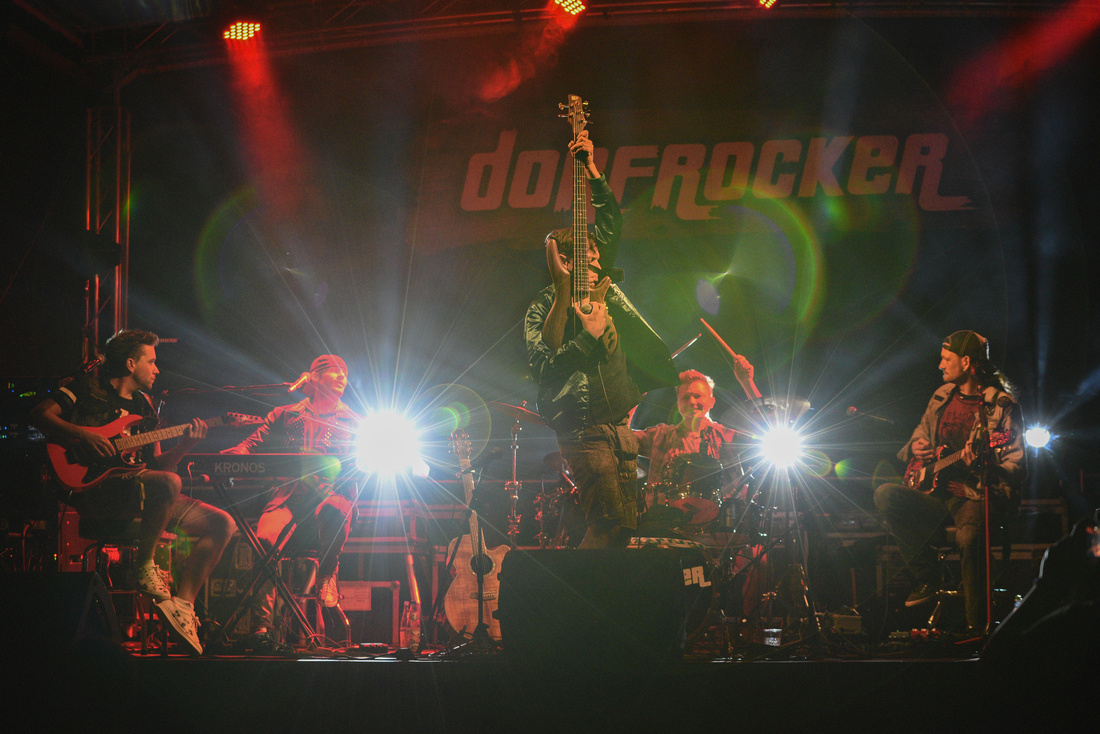 -- Image: Markus Thomann (Accordion/Bass) takes center-stage for his time to shine, as Brother Tobias takes to the drums in support. --

The Dorfrocker are a well-known Party-Band from Kirchaich (Landkreis Haßberge) known for providing a great atmosphere with their fest music .The Dorfrocker have returned to Kirchaich from their "Helden Tour" to play a 2-hour concert to their many fans from their "heimat" district of Haßberge. Around 400 people were in attendance of the event held by the Kirchaich Freiwillige Feuerwehr and all safety regulations were enforced as a part of the corona virus.

The Brother Trio of Phillip, Tobias, and Markus Thomann rocked the “aich”, with the music being able to be heard throughout the neighboring town of Trossenfurt. They got the party started with their song “Feuerwhren” for their Kirchaich FFW host; they also featured new songs to their tour, such as a new fan favorite “Stillen Helden”.

Being such a small venue, everyone was at a table that a good view of the stage was not a problem. Lines for the stands, such as the Food/Drink and restrooms never had a line of more than a few minutes. Overall the event was a success with the public being entertained by the Dorfrocker.

If you were unable to make it to the event, you can live the concert through the image gallery, the link is posted below: