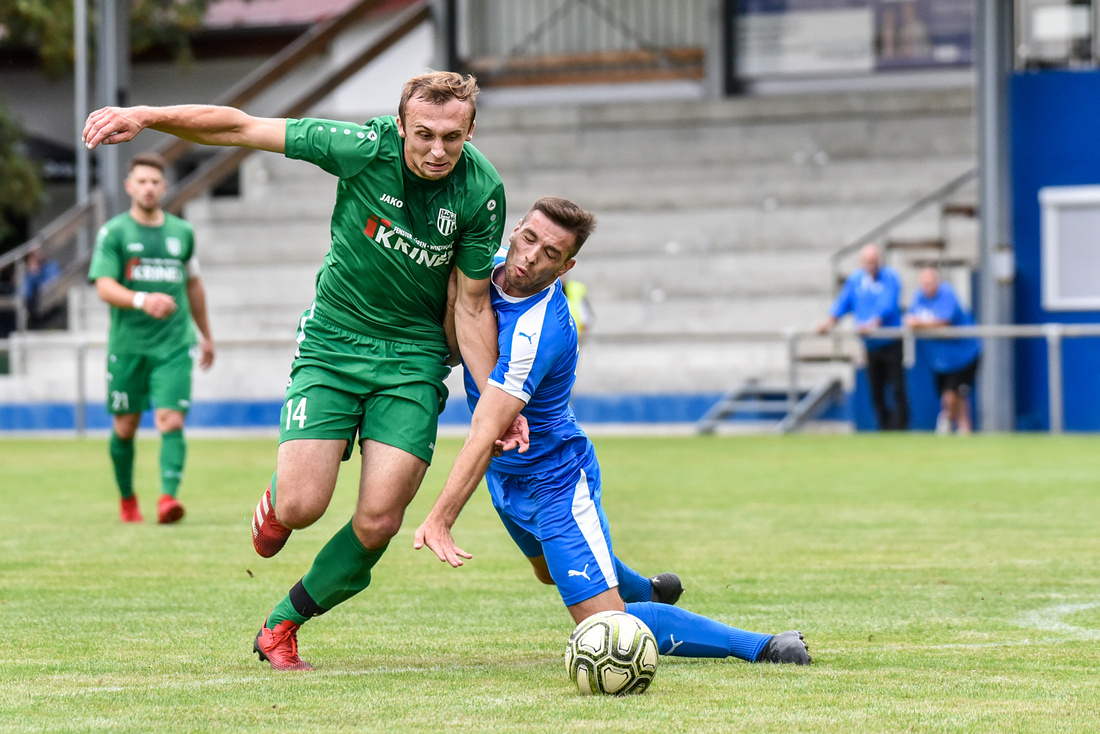 In front of an empty stadium, FC Sand played a friendly away match against the nearby landesligaists, SV Euerbach. The Sportplatz was Chained/ closed off to visitors, but that didn't stop a few fans from watching parts of the game from a distance from the Sportheim biergarten.

A slow start for FC Sand and SV Euerbach had a few very good chances on goal. One scoring chance for SVE was a ball shot at an empty goal cleared off of the line by Sebastian Albert (FCS). FC Sand let a few starters sit for this game, notably Thorsten Schlereth, to give more playing time to the new players. The clear highlight of the 1st half was, without a doubt, the penalty save made by GK Markus Geier (FCS) in the 44’. This Penalty Kill gave Sand an extra burst of motivation heading into the 2nd half. In the 2nd Half, the game opened up and became more aggressive, with a lot of strong tackles from both teams. Heavy pressure from Shaban Rugovaj (FCS) on the Euerbacher defense lead to some confusion, which lead to a back-pass to an unsuspecting goalie, ending up with the ball in the back of the net. The Majority of the half was spent on the attacking side for the Sander forwards. The final nail in the coffin came in the 58', when Ralph Thomann (FCS) was foul just inside of the box. This foul set up the 0:2 as Kevin Steinmann (FCS) effortlessly shot the ball into the corner of the net.   TR Matthias Strätz (FCS) was overall pleased with his team's preformance, but was mainly focused on the 2nd half, which was clearly more productive for FC Sand. The Friendly match ended 0:2 with no injuries and 3 yellow cards. (2 FCS/ 1 SVE).

-- 📸:: Find Images from the Game under PresseFoto-Evans.de/Recents or at the Fupa.net gallery section of FC Sand 📸 --