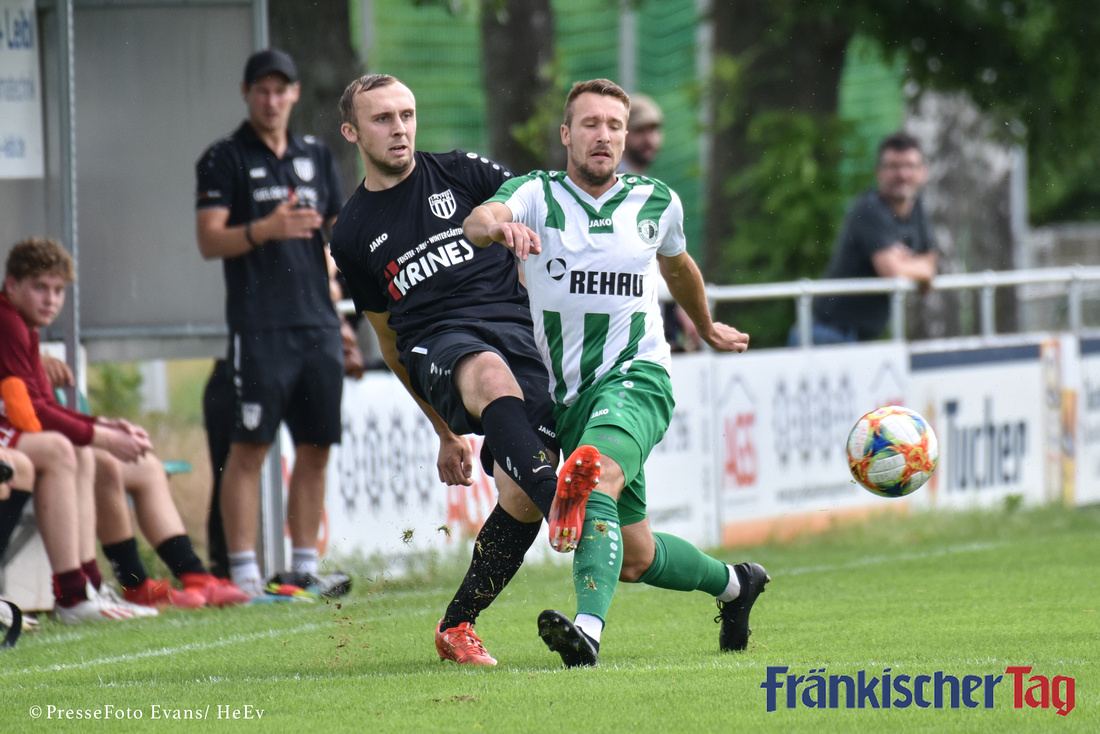 Image: Ralph Thomann (FCS, #14) in action during the test match against SC Eltersdorf.

The DJK Don Bosco Bamberg wants to score big during this game against 1. FC Sand after coming off of two victories in a row. Last week the DJK Don Bosco Bamberg beat ASV Cham 1-0. The DJK Don Bosco Bamberg is now in the middle of the table with nine points. Mattias Strätz's FC Sand team are flying high after their thrashing victory over the Würzburger FV with a final of 4-0. There is a very small gap between these two teams, in expectations and current point standings. In the table, the teams are separated by just two points. Both teams have taken three wins so far this season.

During this match of DJK Don Bosco Bamberg against 1. FC Sand, these two teams are set to play an opponent with equal footing in the league - at least a look at the current standings of the two teams suggests this. The main focus of this match will be focused on the two Forwards that are making an impact for their team, Simon Allgaier (DJK/ 4 Goals) and Timm Strasser (FCS/ 5 Goals). Strasser may be having trouble scoring today, if he is able to play, since he has been having troubles with a minor reoccurring injury that made his be exchanged in the last match against the WFV.

Philipp Pfeiffer (DJK, 3) earned himself a Red card in the final minutes for their game against ASV Cham and will blocked for this game, which will come as a major advantage to Sand. Given that Sand has been having a good variety of goal scorers throughout their first seven (7) matches, Don Bosco will have to spread out covering more threats, while Ex-Bamberger Ralph Thomann will be holding up with Joe Bechmann on the opposite end.

Check back after the match for Images: 👇

Images will be Posted Here!